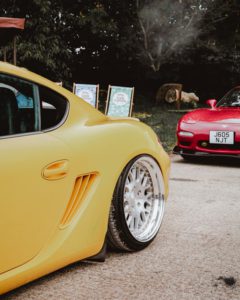 Bridgestone Potenza RE980as is an ultra-high-performance tire designed to give all-season traction. This tire is built to deliver excellent performance when paired with luxury vehicles like sport cars and sedans.

We bring you the Bridgestone potenza re980as reviews from their technology to functions and to its performance.

What type of car

The Bridgestone potenza re980as is designed for drivers of sport cars and sedans that are lovers of luxury, high performance delivery and all-season handling.

The Potenza RE980AS is an all-season tire, built to deliver good traction on both wet and dry driving surface with the responsiveness of an ultra-high-performance tire.

The bridgestone Potenza re980as tire is built with a redesigned tread which provides good grip on wet and dry surface including on light snow.

An ultra-high-performance tire with a sporty feel, with good performance on different surfaces.

The tread is built to withstand and overcome hydroplaning when driving on wet or slush surface by evacuating water away from its tracks. Its 20{2e1e219470849bf7ec91275b0a9fbc84b08096e911ffdb617f5afdb5ab7ea907} more see through voids and open shoulder slots help in reducing the effect of hydroplaning greatly. And its high-speed density helps to maintain good grip on slippery surface.

With a lot of technology and its lateral slot you can expect a good road contact with this tire, while delivering a good grip on dry surface and a comfortable ride.

Gives good handling on light snow, its 3D sipes improves its snow traction by its ability to bite into snow. Along, with its added technology that gives flexibility to the tires in cold temperature and by so doing gives it better snow grip and performance.

Not for winter season

With the information on this bridgestone potenza re980as reviews, from personal experience and other reviews, we see the bridgestone company always try its best to deliver quality to the consumers.

And this Potenza is no different, from its features to its technology and improved abilities we say it is a good choice to buy. An all-season traction with an ultra-high performance, sporty feel and good grip is sure a good choice to go with.

If you have any questions, comments or reviews, kindly leave them in the box below, we will be glad to hear from you.