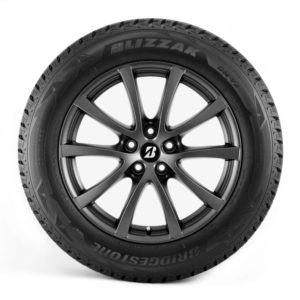 Blizzak DM-V2 is a studless ice and winter tire built by Bridgestone specifically for the winter season to give a great performance on winter driving surfaces.

It is designed for SUVs and light trucks with interesting features and abilities to sustain your vehicle in this tough weather.

Its price starts from $146 upward.

The DM V2 is the successor to the DM V1, an improved version with a better performance delivery.

The Bizzak DM-V2 is a studless ice and winter tire made for winter driving surfaces to give traction on ice and good braking ability, as well as good performance on wet surfaces by giving good handling and avoiding hydroplaning.

The Blizzak DM-V2 comes with the first 1/32 inch of wear guarantee on tire uniformity.

Materials and workmanship warranty is for 5-years and includes free replacement during the first 3-years. 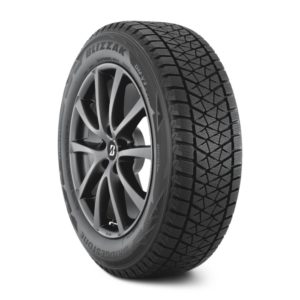 Bridgestone Blizzak DM-V2 is a winter tire built to deliver its best performance on ice and extreme winter driving conditions.

The tire will give you the ultimate control on ice when it comes to providing good grip with good handling and a higher level of snow traction even when driving on heavy snow.

The unique hydropholic coating present in the tire helps absorb water into the tire cells when driving on a wet surface or rain-filled surface and thereby getting you out of it without hassle.

Also, you do not have a problem when driving on a dry driving surface.

The Bridgestone Blizzak DM-V2 is designed for drivers of pickup truck, SUV and crossover vehicles that desires enhanced grip on snow and ice.

It offers good traction on a wet surface, good handling, and comfortable ride.

In essence, if confidence, stability, and control are what you seek when driving through the harshest winter condition, then the Blizzak DM-V2 will not disappoint you.

With the Blizzak DM-V2, you get the best when driving through the ice.

Plus, when it is freezing, you get improved dry and wet handling.

So, this tire will be a good choice for your next winter driving as it is an excellent winter tire.

This tire is best advised to be installed in sets of four only.

Due to its brilliant capabilities, it is advised by Bridgestone to get and fix them on your wheels only in a set of four, so as to get the best performance delivery out of them.

We hope you find our Bridgestone Blizzak DM-V2 reviews helpful.

If you have any questions or reviews, leave them in the comment box below.