It is designed for a wide range of coupes and sedans while delivering a smooth and quiet ride with traction expected of an all-season tire.

This is a grand touring all-season tire and you can expect an average performance from this tire on light snow.

Let’s see the features it possesses, the technology that went into building it, and its performance in this Continental ContiProContact review to know if it is a good choice for your next purchase. 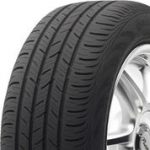 This tire is an all-season tire that gives good traction on dry and wet driving surfaces, and a fair performance on snow.

Do not expect much from this tire when it comes to snow, as it is averagely good on light snow, but totally not for heavy snow.

The Continental ContiProContact comes with Continental’s 30-days satisfaction guarantee, so if you are not pleased with the tire, you can easily return it within 30 days.

You get excellent performance out of this tire on a dry surface.

For easy highway, pavement, and all kinds of dry surface you are good to go, with good steering performance.

However, the grip and handling are just about averagely good, nothing outstanding about their performance.

You can expect great performance in its handling and grip when on a wet driving surface, as well as a good steering feel.

Although named an all-season tire, you should not expect great performance from this tire during snow and it is not meant for extreme winter.

We suggest that you get winter tires for extreme winter.

There is a wide range of available sizes for this tire:

The ContiProContact from Continental was designed initially for just European sports vehicles that are sold in North America.

However, the company later extended it to a wider range of sizes and widths.

Beyond its initial local availability, it was made available to more minivans and couples at affordable prices.

Our extensive Continental ContiProContact review above can help you decide if this tire fits your vehicle, road condition, and driving style and so if it is a good choice to purchase.

You can check on here for more Continental tires reviews.

If you have any questions, comments, or reviews on this tire, leave it in the comment box below.