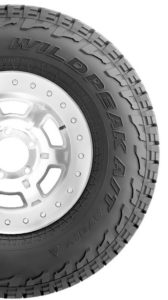 The Falken Wildpeak A/T3W is an all-terrain tire designed with the adventurous driver in mind, as it is good to go any time in any weather condition.

It is an excellent choice for your truck to be at its best performance on aggressive roads and rugged terrains without losing its traction on pavement or highway.

This Wildpeak AT3W is equipped with a 55,000-mile tread life warranty and you will find it available from sizes 15 to 20 rim size.

Let’s get to know more about this tire, from its features to its performance on the lightest to the roughest terrain, in this Falken Wildpeak A/T3W review. 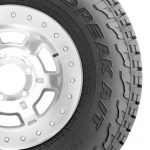 The AT3W is a tough-looking tire just like an off-road tire which still gives you a smooth and comfortable ride on road.

However, if you drive only on-road, but wish for a tough-looking off-road-like tire to complement your truck, then you can check out the new federal Xplora MTS tire.

If you drive more on a highway, then you can go for the Wildpeak H/T instead.

Although, if all-terrain smoothness, comfortability, and traction are what you seek, then this tire is a good choice to buy.

It will pull through the toughest terrain and perform well on wet surfaces without the fear of hydroplaning.

This tire rovides its driver with confidence and comfort on the highway, but you might have to deal with increase road noise when driving at high speed.

Its optimized tread helps it deliver in three areas which are its tread wear, wet, and winter performance.

It is also equipped to deliver the best on the snow surface, as it is even qualified by the rubber manufacturer’s association for the Three Peak Mountain Snow Flake (3PMSF) symbol. 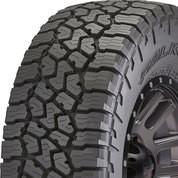 This tire is for truck and SUV drivers that want the best performance in severe snow conditions, great off-road abilities, good performance on wet surfaces, yet smooth performance on-road, and undeniable traction on the highway.

This tire has great off-road abilities and delivers good on-road performance, with its sizes available from 15 inches to 20 inches.

The AT3W has good tread wear and comes with a 55,000-mile tread warranty.

It is confident on the highway and has less noise compared to most all-terrain tires.

Plus, you get less noise when driving at a slow speed.

You have no fear when moving through the toughest terrain or even the lightest terrain.

From all the information we got in this Falken Wildpeak A/T3W reviews from drivers who have gotten some miles off this tire to our own findings, we say this tire is a good choice to buy.